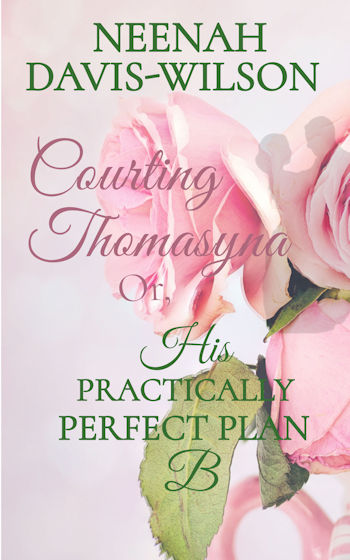 Formerly Titled All For the Love of Thomi

Set among horse farms and the glamour of success and failure of believable situations and characters. . . . Ms. Davis-Wilson has created an in-depth story of family, the promises, betrayal, and forgiveness woven within detailed plots and subplots. A truly enjoyable read for anyone who loves long, sweeping family sagas. I found it an engaging and heartfelt drama . . .

This is for the most part a very entertaining story. Thomi’s family and friends are very colorful and I really like the setting on the coast of Rhode Island. There are many subplots, but they do not overshadow the main story. I could identify with Thomi’s frustration with Stephan and his cousins. They seem to ask for total honesty from her while withholding very important facts from her. Her mother and father also withhold information that all of her brothers are familiar with.

Overall, this is a good if complicated story . . .

What I appreciated most about this story is that all the characters were REAL people and it showed how REAL families deal with each other. Despite family issues that arise shows there is a strong sense of family, which is lacking in most families. I loved that it wasn’t a trashy Romance novel that cheapens romance. There is so much garbage out there that focuses on sex and instead of being a beautiful thing it makes it trashy. This book DOES NOT do that. It also isn’t the everything goes right and nobody has their faults kind of story.

The main character of the story Thomi is head strong and has alot to prove to her family because of the decisions that she has made in her life. She comes from a large family, she is a triplet and plays many pranks. Thomi, like most of us, fall for the wrong type of guy and end up getting hurt very badly, so when the right type of guy, Stephan, comes along she makes many errs in judgment. Some are funny and some are exasperating. When I started reading this novel, I was an unforgiving reader towards Thomi’s father. But as I read further, I came to understand that like most parents, we tend to look like the bad guys until our children realize what they are doing and start going down the path of making better decisions in life. This novel is refreshing and it is very easy to get attached to the characters. The author is easy to follow and is very good at keeping your attention. I highly recommend this for young and old.